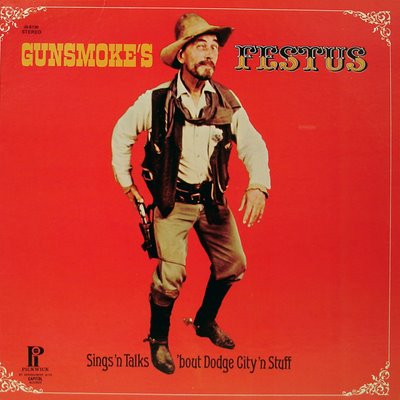 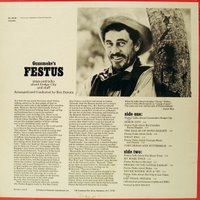 Somehow I goofed up and lost a song. I ripped the entire record at the request of a bunch of viewers, but when I went to put it all together, I didn't have all the songs. I'm missing Festus Talks About Teenage Music and Dances/Cornbread and Butter Milk. I'll go back and see what happened. Maybe it's one of those times where the track listing doesn't match the actual tracks on the record. Anyways... Here is Gunsmoke's Festus Sings 'n Talks 'bout Dodge City 'n Stuff. Believe me. It's a lot funnier than you'd think it would be.

Posted by brainwerk at 1:55 PM

Email ThisBlogThis!Share to TwitterShare to FacebookShare to Pinterest
Labels: TV

Thanks a bunch for this =)

I have the missing track #4 "Festus Talks About Teenage Music And Dances/Corn Bread and Buttermilk" rippped from my vinyl. It's not nearly as clean as your version, but I'm willing to send it along if you like, just to complete the album.

Well worth the wait!! Thanks for the completed album!