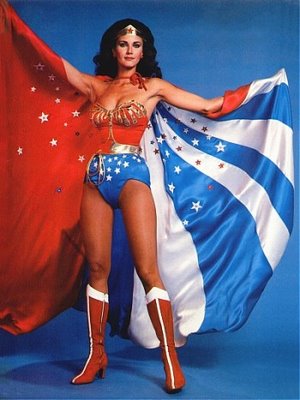 Because I'll post any and all super hero song/stories and love things that deal with classic tv, here is one right up my alley. It's the Wonder Woman TV Theme disco-tized by Wonderland Disco Band. No cover art on this one. It was just a record in a sleeve.

Posted by brainwerk at 3:59 PM

god thats awesome!
I didn't expect this to be so good.