I Know You Are But What Am I? 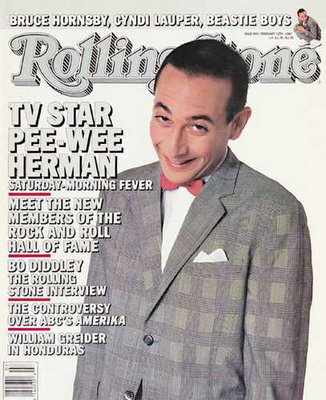 Back in 1987, Pee-Wee appeared in the movie Back to the Beach. The movie was about Frankie and Annette going, well, back to the beach after being gone for 20 years. He sings a great version of Surfin' Bird that appears on the soundtrack. Frankie and Annete then appeared in Pee-Wee's Playhouse Christmas Special. I've also ripped Annette Funicello and Fishbone singing Jamaca Ska. Good stuff.

GET THE ANNETTE SONG HERE
Posted by brainwerk at 11:22 AM

Your are Excellent. And so is your site! Keep up the good work. Bookmarked.
»

I find some information here.