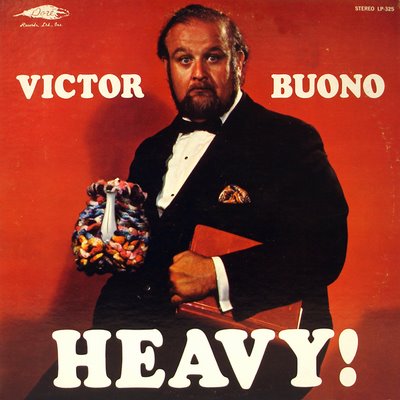 Here's an odd rip. It is by Victor Buono off of his 1971 album called Heavy. You may recogegnize Victor and probably not know his name. He appeared on a ton of tv detective and spy shows in the 60's and 70's often playing the bad guy. He was also King Tut in the Batman tv series. Some of his bigger film rolls were Voyage To The Bottom Of The Sea, What Ever Happened To Baby Jane and Beneath The Planet Of The Apes. Anyway. He died young, I'm guess because of his weight. He obviously didn't hide it, here is some poetry called I'm Fat.

SORRY. FILES HAVE BEEN REMOVED.
Posted by brainwerk at 12:45 PM

Nice idea with this site its better than most of the rubbish I come across.
»

I find some information here.